My father (81) struggled with dementia and the smartphone was much too complex for him to use. Interestingly enough, he watched a lot of TV. Every hour of every day. Yes, that kind of TV user! The living room was his kingdom, the couch his throne, the precious remote controller his scepter. That one small room was his entire sufficient world. I can still picture him sitting in his beloved armchair. All I wanted was to communicate with him a little bit more and to simply drag him out of his dream world. We had already developed seniors' video conferencing for tablets supported by our IoChat platform, but he did not show any interest in that either. The only acceptable device for him was his TV. The solution offered itself. The simplest possible video conferencing via TV that even my dad would be willing and able to use. It would have been an ideal system for my father, but unfortunately, he is not with us anymore. The first drafts of the custom TV solution were waiting for better times. Or worse.

A while later, I heard the most cynical, cruel and insensitive statement from someone I used to call family:

"If she wants to talk to you, she'll call you!"

I do not think there have been a lot of times when I was struck speechless for more than a second, but this definitely qualified. Cynical? Cruel? Insensitive? If a very ill and disabled person is made completely dependent with reduced assets, deliberately isolated from all unfiltered information and prevented from using the phone with the excuse that the phone is not working; if that person is protesting that the phone was not given to her because they are anxious that she would call the loved one they disliked and were are afraid of, ..., that kind of sentence is more than cynical, cruel and insensitive.

To make a long and sad story short, this incident triggered a manic 100 days with 12/7 daily work to finish and proudly present Daisy - for those who have difficulty communicating or do not have the opportunity to try. Our new partners who contacted us a few weeks after work started and requested similar TV video conferencing for seniors to help us with their comments and suggestions daily.

The results? Less than 4 months after the incident occurred, Daisy is heading to the world's biggest tech show - CES in Las Vegas. The USA city recognized our partner's solution with Daisy as extremely valuable for seniors and those who are socially isolated and decided it was worthy of being presented at CES. Even unfortunate events and bad intentions sometimes lead to a happy end (unfortunately not for everyone) under our new campaign statement: "If she wants to talk to you, she'll call you!"

"Wait, wait!" I hear you screaming - “If they do not want to allow her to communicate with the outside world, or limit her communication, the TV video conferencing system won't change anything and they will keep on throwing sand in the wheels!" While that’s true, Daisy will dismiss some of the blank excuses. It will help many who have a serious communication problem and make life easier for their relatives. Relatives who really care.

Inspired by and dedicated to the most wonderful, smart, kind and compassionate person I have had the honor of knowing and loving. The one who saved so many people, including myself and my teenage daughter. The person who now technically gets everything she needs, but nothing that she truly desires.

There are a lot of similar solutions out there, but just a few are used in real life. This has always been a mystery to me - until I tried it myself. Complex, unsuitable for the TV and remote controller, unsuitable for the mindset of the specific user group. Those are the kind of problems Daisy solves. The user can make and receive audio or video calls from their armchair during normal TV use. Only verified friends, family and (in)formal caregivers are in the group, no outsiders. The remote-control use is reduced to a few keys (UP, DOWN, LEFT, RIGHT, OK, BACK). Daisy Shared is used in organizations, like care, nursing homes and hospitals. In this case, several users share the same Daisy TV box. It can be challenging for users to input user name and password when wish to communicate, so we have prepared the smartcard for simple identification. 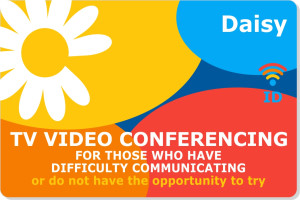 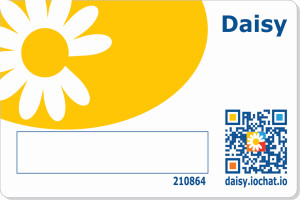 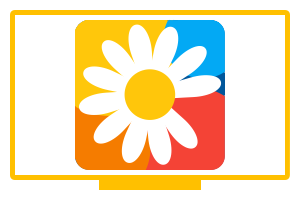 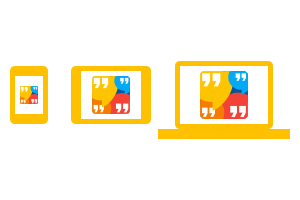 IoChat client is a Daisy companion application for friends, family and caregivers using their smartphone or PC. IoChat is a Skype-like IM, audio and video conferencing client that works on the browser and as an Android or iOS application. 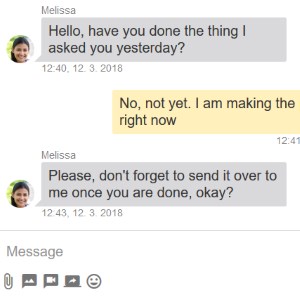 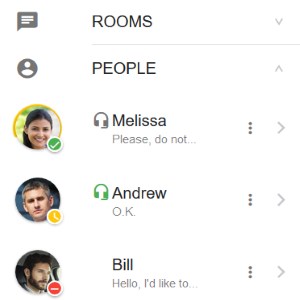 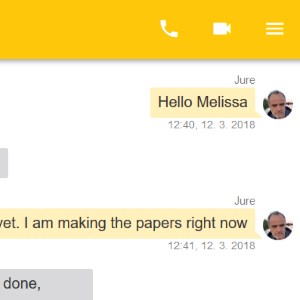 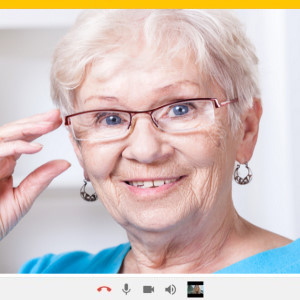 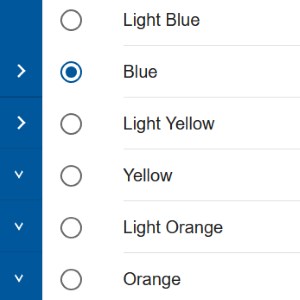 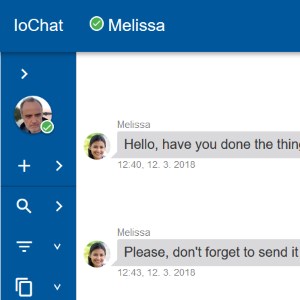 Share files, pictures, and your screen between chat participants

Emphasis on security, sensitive data can be stored in your own server
Compliant with EU's GDPR directive

All prices are without Tax

EVEN FEWER ARE DESIGNED WELL AND SIMPLE.